Halloween is a fun and exciting event for all children.

This celebration is especially unique with great, creepy but funny Halloween games.

We’ve come up with some ideas on how to make these Halloween games with your kids easy and inexpensive by themselves, so that the little ones have fun and have fun. 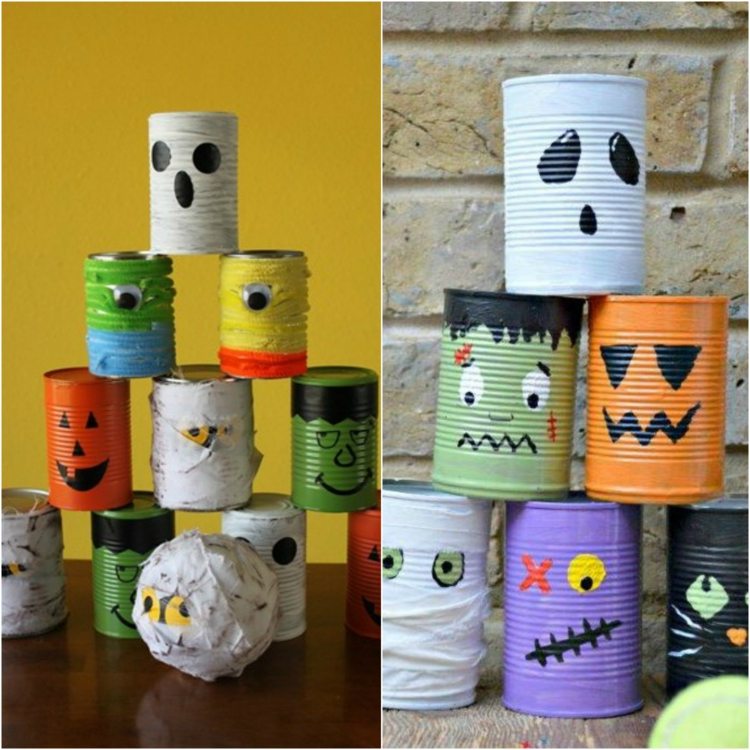 Have you thought that can throwing creepy? One of the most popular Halloween games is the Frankenstein bowling. Halloween Frankenstein Bowling you can easily make your own. You’ll need ten empty cans or cups, a tennis ball, and craft materials to make a gloomy demon look, bloody vampires, or a mummy on the cans. The already painted cans are stacked on top of each other to form a pyramid.

Aim with the ball at the creep faces, everyone may throw three times. The player who has cleared most of the cans wins the game. In one of the lowest doses you can hide a Halloween surprise. The thrower, who takes the can, can, of course, keep the gift. Gladly you can use empty plastic bottles instead of cans, which you paint with color. 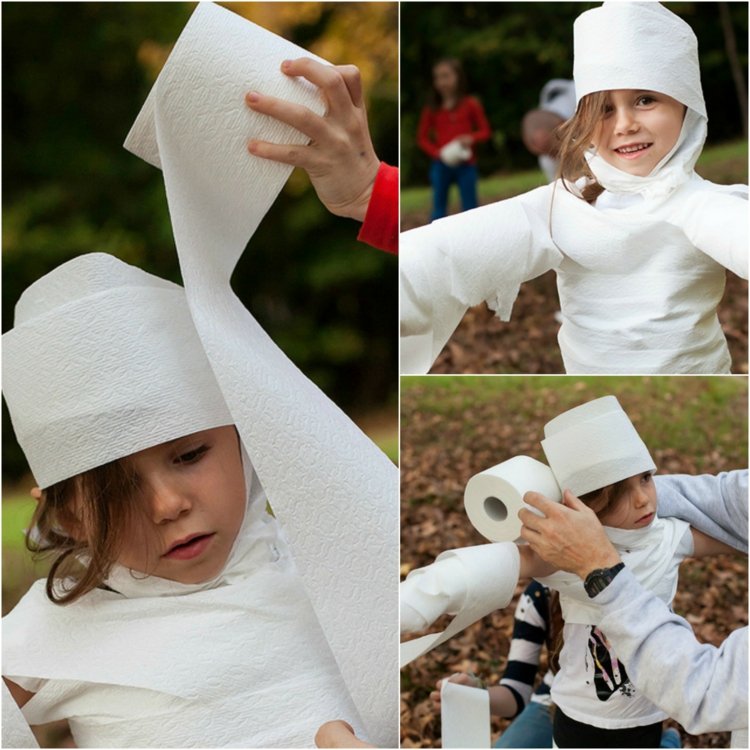 This dynamic and fun game is quite simple and is performed by two teams. Each team gets toilet rolls and chooses a child to be mummified. After the start shot, each mummy must be neatly wrapped. Eyes, mouth and nose must remain uncovered. Each child is responsible for wrapping certain parts of the body. 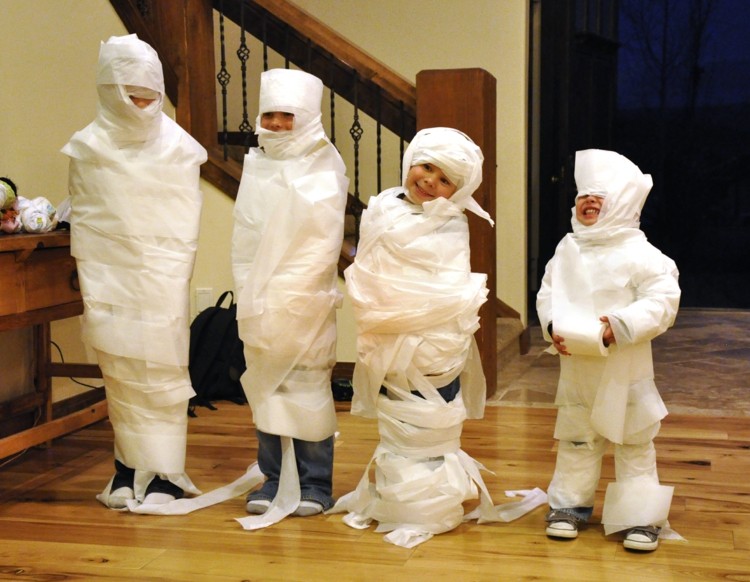 Do not worry, this game does not end in chaos, since no toilet paper may be lying on the floor. One child of each team is responsible for picking up the dropped paper. The winner is the mummy, the fastest fully mummified.

For the eyeball race the children need two table tennis balls, two spoons and pens to color the balls like eyeballs. In this game, two teams with the same number of players are formed. Each team gets a spoon on which the eyeballs are placed. As soon as the race track with the turning point is fixed, it starts.

The player must cross the track with the ball on his spoon without the eyeballs falling. If the player loses the eyeball, he must start again at the start. After each successful round, the eyeball is passed on to the next team members. The team, which has their players as the first again on the goal, wins the game.

A dove is one of the traditional Halloween games, which is easy to prepare and still provides plenty of fun. One lets in a large bowl full of water apples swimming. Each of the players must try to get an apple out of the water without using his hands. If you want to make the game more difficult, then you also make the stems of the apples before. Apfeltauchen is a game that is best played outdoors because the water can overflow.

The horror box, also called Horrobox, is one of the Halloween games that properly reflect the mood of the festival and feel disgusting and creepy. This game is suitable for children over 6 years. You need empty cardboard box, a shoe box or empty cosmetics box. Cut into the carton a hole just so large that the small children’s hands just pass through. The box can be decorated or painted according to your taste. For example, glue large spiders onto the creep box and paint a ghost face around the hole that represents the mouth opening.

Let your imagination run wild and put utensils in the box, which feel disgusting and must be felt by the children. Cold, boiled spaghetti are worms, peeled grapes can be eyeballs, cauliflower is the brain, corncobs can be the bat’s teeth. Boiled tomatoes are a bloody heart and salt sticks are the witch bones. Wackelpudding and Schleimrei, skins etc. feel disgusting. You can use a wide variety of objects. If you want to make the game as creepy as possible, feel a rubber glove with water and place it in the freezer. The frozen hand will be the highlight of the game.

Pumpkin Stomping is one of the popular Halloween games that is easy to make, requires little crafting material and is fun for little monsters. They need orange balloons, hard sweets, such as lollipops, coins and small toys. All objects must be small enough to fit through the opening. All balloons are inflated and distributed to the ground. 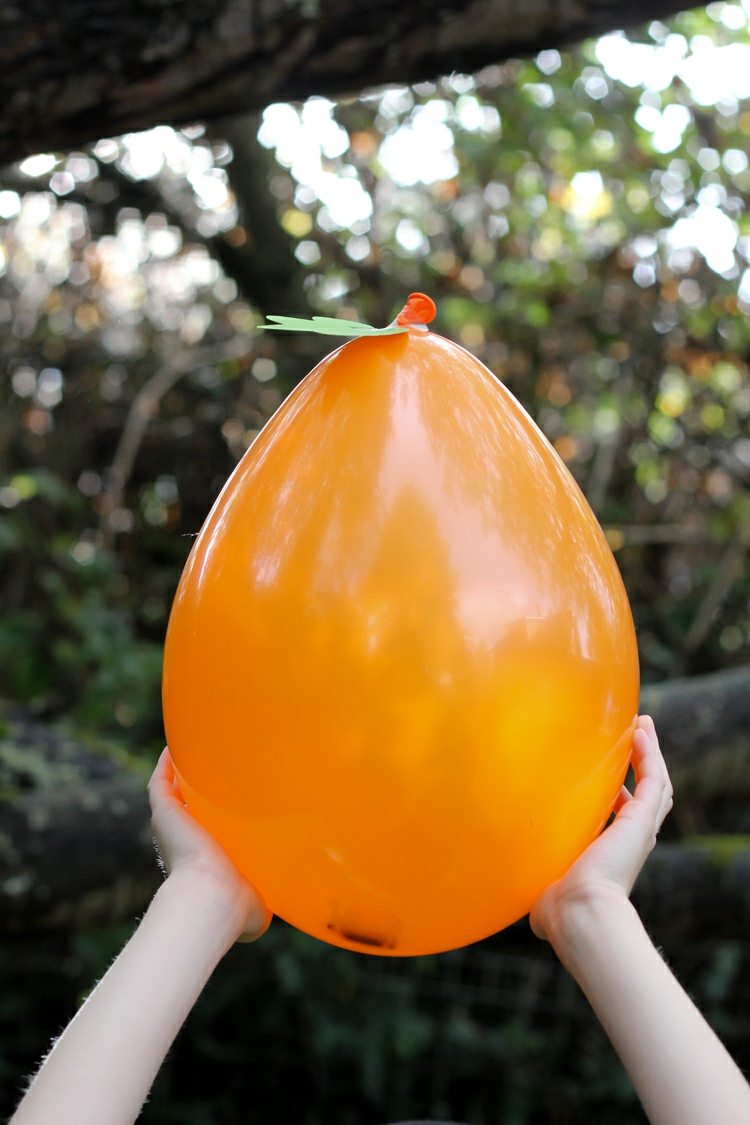 The hidden winnings not only delight the small participants but hold the balloons in one place so they do not fly away. Your children have to stomp the balloons with their feet, so that they burst and the small prices are taken. The Ghost Hunter is a Halloween game suitable for larger children and teenagers. Here the creativity of the parents is asked and the support and participation of the neighborhood is required. The game is a kind of treasure hunt that is documented with photos and performed outdoors. With a little preparation, your children will have great memories of the Halloweacht afterwards.

Photo treasure hunt in the open

There are two cameras or mobile phones with camera, two identical lists of tasks, bag with additional materials, such as paper, pens, roll of toilet paper and, of course, as many prizes as possible.

Neighbors take part in the game at Halloweacht 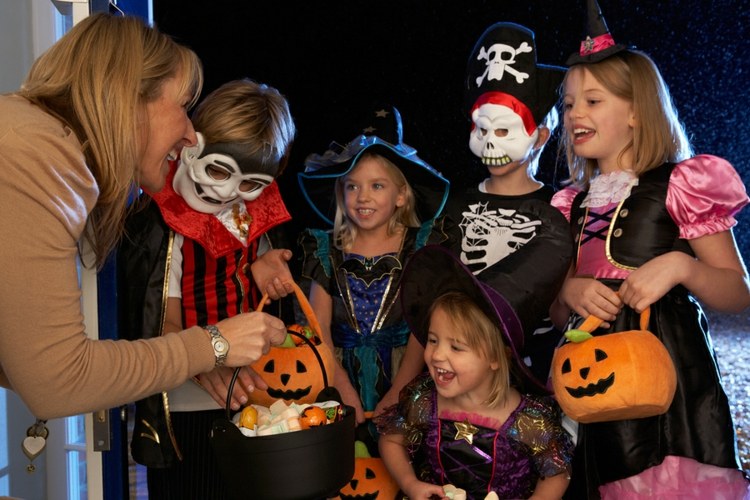 Inform your neighbors and deposit various items in the neighboring gardens, which must be found. Create a list of tasks that must be met by the two teams. We have compiled a list of examples which can be extended or shortened as desired. 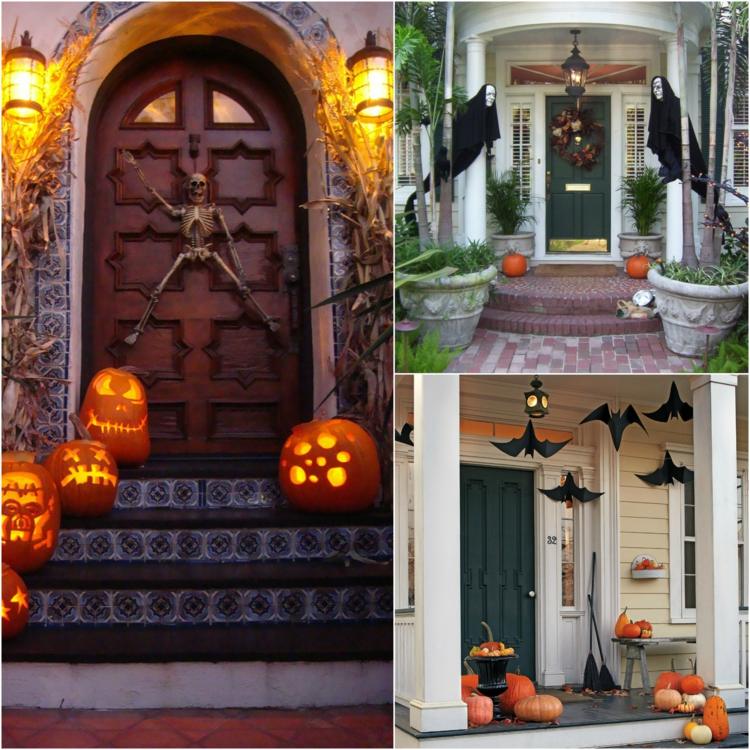 Pumpkins as an inseparable part of the night of horror 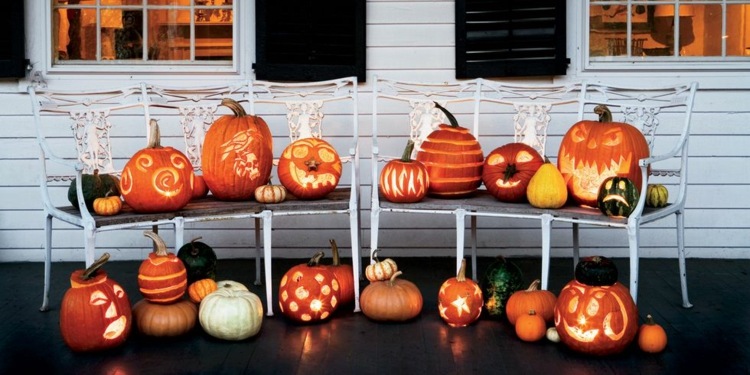 Both groups are sent off at intervals of 10 minutes. When the tasks are done, the photos are viewed together and the points awarded. Determines the score according to criteria like task done, very funny, especially creepy etc. The team with the most points, may choose something from the gifts first.